Something about this time of year makes my soul feel at peace. Or, rather, some things, plural. How I love the blazing fall colors, the nip in the air, the comfort of fuzzy cardigans and infinity scarves, and the desire to turn inward in body and mind and cozy up with a blanket and a book. And of course, how could I forget my professed love of soup season?

It may seem such a silly thing to pledge your undying devotion, but there’s something about a warm bowl of soup that makes everything right with the world. It’s hearty, comforting, warming, full of flavor — any kind of flavor you can dream of. And for me, many soups are inherently full of nostalgia. Especially chicken noodle soup.

I grew up in a family that treated the day after Thanksgiving as its own holiday. It was sacred, and the routine never varied: Up came the Christmas decorations, on went the holiday music, and into the kitchen we went for leftover turkey soup. And in the days before DVDs brought the magic of children’s Christmas specials on demand, we’d turn to the newspaper to check that night’s TV schedule for the first of the season’s holiday showings.

Now, no matter what time of year, whenever I smell turkey or chicken noodle soup I am there in my parents’ home listening to Bing Crosby or Manheim Steamroller, hanging my favorite “lovebirds” ornament on the tree and wrapping the banister in tinsel, waiting for the homemade noodles and creamy broth of the evening’s turkey soup.

These days I don’t get my hands on turkey very often, and I never have the time for handmade noodles like my parents make, but I do manage to make chicken noodle soup whenever I can. Though I love my parents’ original recipe, I’ve come up with a shortcut version that’s much simpler and quicker but never fails in flavor, comfort, and nostalgia. Plus, it’s easy to swap a few ingredients for a gluten-free, vegan recipe that’s just as full of flavor. Try it out this season, along with any of these other soup recipe favorites, for an instant feeling of warmth and deliciousness. I’m sharing recipes for slow cooker corn and potato chowder, dairy-free curried cream of broccoli soup, Thai coconut soup (or tom kha gai), and tomato and vegetable white bean soup. And don’t forget to pair them with my slow cooker whole wheat bread to complete the cozy feeling.

Heat the oil in a large soup pan over medium-high heat. Add the vegetables and garlic and sprinkle with a little salt & pepper, then cook, stirring, for about 5 minutes until everything has softened. Turn the heat to high and add the broth and the water. When the soup has come to a boil, add the noodles and  cook until done. Stir in the chicken or turkey and thyme, and add more salt & pepper to taste. Enjoy 🙂

*For a plant-based version, use brown rice noodles, vegetable broth, and omit the chicken. You can add more vegetables if desired.

Speaking of easy soups, this potato and corn chowder from DamnDelicious.net is as easy as it gets. Just toss everything into the slow cooker and bam, deliciousness. The recipe is simple, but don’t be fooled — the flavors are complex, deep, and even with a hint of sweetness. It’s a favorite I keep coming back to, and it’s easy to veganize with a few simple swaps. It’s not as creamy if you omit the butter and substitute cream for nut milk, but it’s still very tasty.

Here’s one for the paleo folks that also converts well to plant-based (all it takes is a swap of vegetable broth for chicken broth) because it’s naturally dairy-free. Yes, you heard that right: This curried cream of broccoli soup from NomNomPaleo.com is a cream soup that has no dairy at all. And it’s so, so good, you wouldn’t believe it or care.

Thai food is probably my favorite cuisine, hands down. But coconut soup (or “Tom Kha Gai”) holds a special place in my heart. When I was pregnant with my first child I worked close to a restaurant that had the best Tom Kha Gai, and I craved it to no end. So when I worked long enough hours to need a lunch or dinner break, I’d waddle myself on down and get me an order of soup and a side of rice, all for around $5. It. Was. Glorious. I’ve never attempted to make the soup myself, until I found this recipe for Thai coconut soup from KatherineMartinelli.com. It’s technically a “cheater” recipe because it doesn’t have galangal, which is hard to come by in many places, but it doesn’t skip out on flavor. It’s gluten-free and can easily be made vegetarian or vegan. And you will not believe how easy it is! Now that I know, it’s in my regular rotation for sure.

It’s hearty, it’s brothy, it’s chock-full of vegetables, and it’s vegan. So many things to love about this tomato vegetable white bean soup from MinimalistBaker.com. Best of all? It just takes one pot. It’s another one of my favorites and sure to be one of yours as well.

What are some of your favorite soups? Share links to your healthy recipes below! 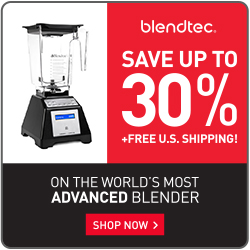